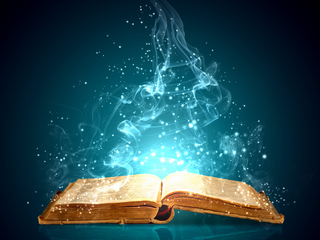 It's All Hallows' Eve!  What sorts of “popular” magic and witchcraft will you be participating in?

The terms “magic” and “witchcraft” have multiple meanings in popular usage, in scholarship generally, and even in anthropology. These behavioral and symbolic forms exist or have existed in virtually all human societies and cultures and often carry value laden connotations. For example, in the West, “magic” may denote occult practices that exist in a separate domain from everyday life and refer to an unseen world. In contrast, in indigenous societies, witchcraft, magic and sorcery may permeate life and interpersonal relations in distinctive ways. Understood as two components within the greater anthropological domain of religion, we will explore witchcraft and magic as aspects of the supernatural that shed light on the cultures that produce them, including how people thought about themselves and others, and how they reacted to changes in their society. Throughout, our goal will be, not to promote or debunk belief and practice, but rather to understand them using approaches from anthropology and history, seeing them in social and political contexts and considering their place in people's lives.

Roughly half the semester will be devoted to exploring magic and witchcraft cross-culturally with ethnographic readings from Western and non-Western societies. The other half of the semester will focus on practices of healing that are rooted in spirituality. We will consider how these practices reflect patterns of belief and overlap with magic and witchcraft more broadly.

The class will comprise of a combination of lecture, film, ethnographic literature, and assessments based on essays and exams. In anthropology, to understand a topic holistically, reading widely on the topic is required.